» Around Me » Bowes Southgate Green 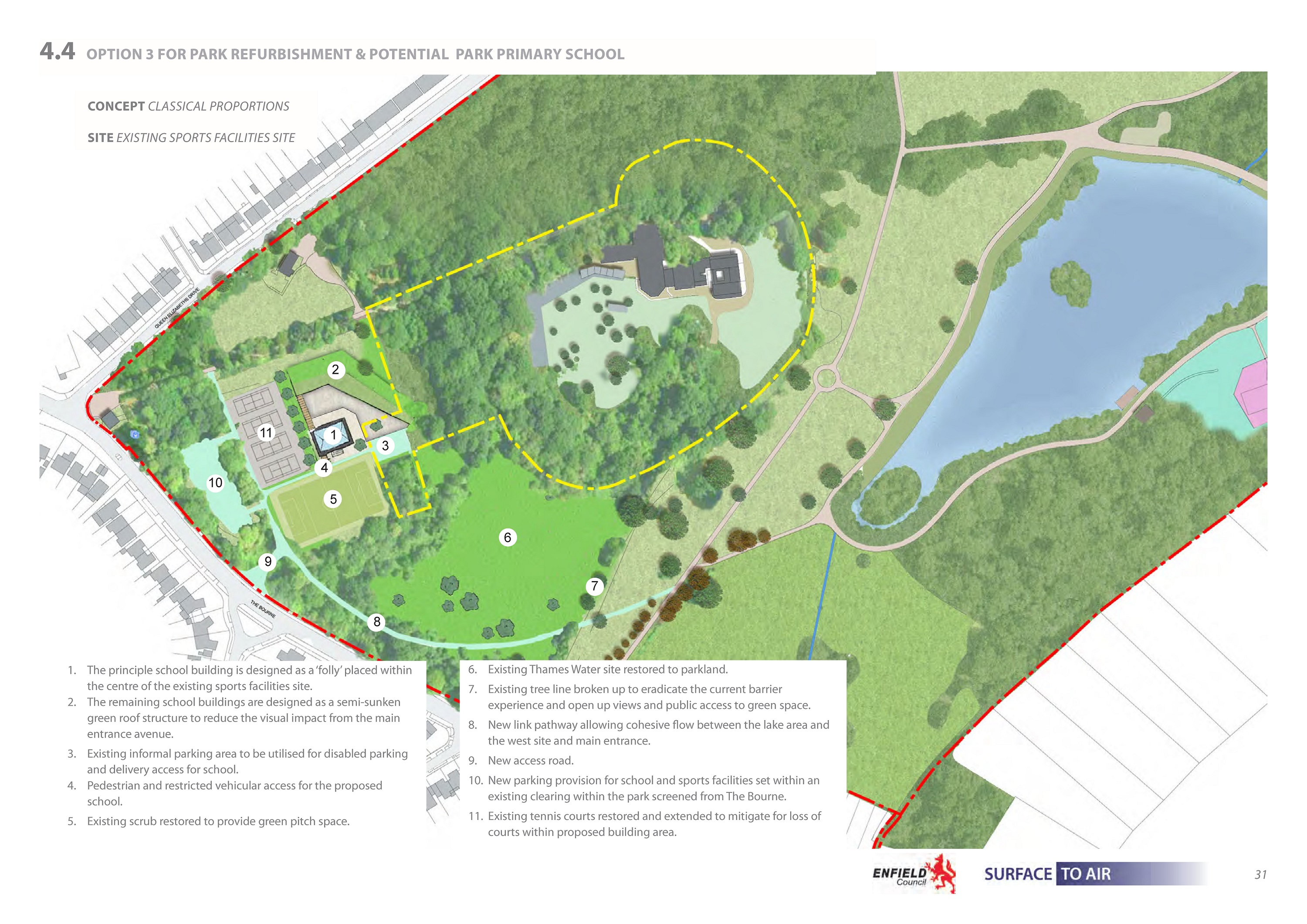 I attended a meeting at Bowes Southgate Green School on Thursday 18th July at the request of a parent because the school has been threatened with closure by Enfield local authority.

The new 1FE Bowes Southgate Green School opened in September 2014 following a campaign I initiated due to the lack of primary school places in the local area. Parents and the local community were delighted by the proposals for a new school on land adjacent to Grovelands Park set out by Gary Barnes, a council officer from Enfield back in 2013. The new school would open on a temporary site at Broomfield School until the Grovelands project, plans below, could commence following a site survey by English Heritage.

Five years after the school opened a Bowes Southgate Green mum tells me that she doesn’t know where her child’s brother will go to school as Enfield are threatening to close Bowes Southgate Green. Enfield’s Neil Best said at the meeting that Enfield local authority don’t have a site for the school and renewal of the lease for the temporary site with Broomfield School is not guaranteed. There will be annual reviews to determine the site status.

At the meeting an Enfield Education representative ridiculed the proposal of a school on the land adjacent to Grovelands Park, proposals that were put forward by themselves. What better environment for a school than next to a park with green space for children to explore and thrive in. It is certainly better use of the Enfield owned derelict land than to leave it for bad behaviour and drug related activities that currently take place.

The Enfield Council representative gave the impression that a school would have an adverse effect on the park, either she has not done her homework or was trying to stop debate before it started. The school could have been built on land adjacent to the park but the Council admitted at the meeting that because of their lack of commitment no progress was made.

The meeting became very political with the Council implying that the process for funding a site limited them. I had to remind Enfield Local Authority that Ashmole Primary School, 2FE established in 2016 moved into brand new state of the art building in September 2018 following Government investment of £7.5mn, bringing investment and jobs into the local area. The school had been created because of the commitment of all of the stakeholders.

Ashmole Primary School is a free school that resides in London Borough of Barnet but due to its location on the Enfield border provides approximately 50% of its school places to Enfield children. The Enfield local authority is passing its responsibility for school places to other local authorities whilst expanding schools that are unpopular with parents in its own borough and threatening to shut down schools that are popular with parents.

Bambos Charalambous, MP for Enfield Southgate, refused to make any firm commitment to assist in resolving the issue and implied that the school at Grovelands was no longer required because Ashmole Primary School had met local demand. I offered to work with him to find a solution but he was reluctant to engage with me.

There were over 400 applications for 60 school places for the 2019 admission to Ashmole Primary School so I can inform the MP that there is more than enough demand for a new 2FE on the Grovelands site. The local authority and the local MP don’t seem to understand that parents want to send their children to outstanding schools near to where they live, not to schools where space has been created in a poorly judged Enfield expansion program.

Council vs Free School? The evidence is here, this is the reality for two mums who live near to each other.

Bowes Southgate Green Mum – is scared for the future of her family, will her child’s sibling be going to the same school as his brother? Uncertainty and fear is her future whilst Enfield holds annual reviews to determine what their future will be.

This is about real people, not policy! Do the right thing Enfield!

Sign the petition to save Bowes Southgate Green https://www.change.org/p/london-borough-of-enfield-save-bow…