» Around Me » Training Women Candidates 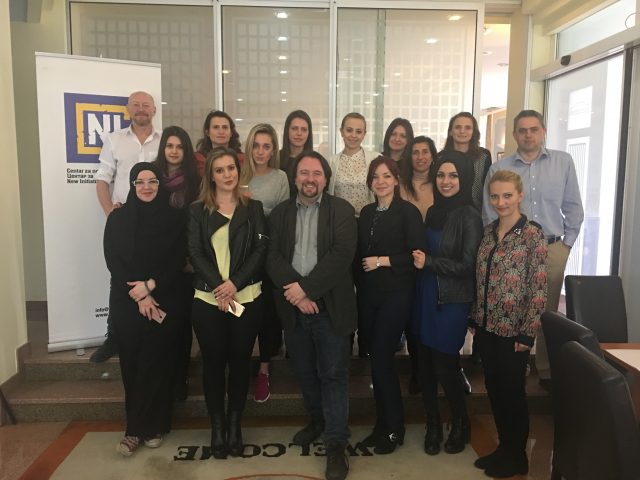 I went to Bosnia Herzegovina to train potential female candidates for their General Election to be held in 2018.
The political system in Bosnia Herzegovina is very different to the British electoral system. Theirs is a system of proportions with the candidates coming from a single list that is closed three months before the election. The rules surrounding the list means that 40% of the listed candidates will be women and a percentage will be youth. There are different challenges around women’s selection given that there are guarantees of a number getting on the list.
The candidates that I met on the workshop are highly educated women with very few being from a business background and some still students. The history of Bosnia Herzegovina impacts on the economy and industry of the country. One of the problems highlighted during my three day stay was that Bosnia is becoming a country of old people. One of the young candidates impressed me with her passion for the country and desire to be a candidate so that she could do something about the exodus of young people from her country.
My colleagues, Gio and David, and I were very impressed by the female candidates when they pitched to us at the mock selection panel. Some things are the same in Bosnia as in the UK, such as how can a woman stand out against fierce competition?
The workshop or training worked well because we had a fantastic translator Dragan. I was happy to give him a new word which he hadn’t heard before, hustings.
The session concluded with a visit from Senad Šepić MP who had flown in from London that morning. I hope to visit Bosnia Herzegovina again and see how the country develops and progresses.